Manipulation based on position - the abuse of influence...woe to those leaders who destroy others through manipulation for their own purposes. 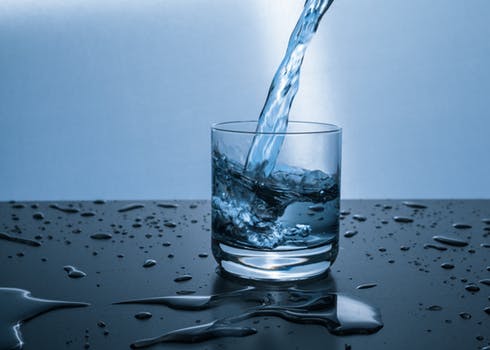 “The man of God said, ‘I cannot turn back and go with you, nor can I eat bread or drink water with you in this place. I have been told by the word of the Lord: ‘You must not eat bread or drink water there or return by the way you came.” The old prophet answered, ‘I too am a prophet, as you are. And an angel said to me by the word of the Lord: ‘Bring him back with you to your house so that he may eat bread and drink water.” (But he was lying to him.)” – 1 Kings 13:16 – 18
Confessedly, this passage is one of those that have troubled me every year I come across it. There is much that is confusing -and disturbing – in this text. Why, one wonders, did God insure this story survived?
We do not know the name of any of the principal parties. We do not know why this self-centered prophet remained in Israel after Jeroboam instituted idolatry as the national religion and the vast majority of priests and Levites left Israel for Judah. (1 Chronicles 11:13ff)The text does not tell us why this otherwise fearless and obedient “man of God” ignored his instructions and returned home with the old prophet. And we do not know why the old prophet lied. Or do we? I think I have finally figured out a portion of what God wants to teach us in this passage. Actually, I think this passage has a NUMBER of lessons for the reader. I will stick with one: the high cost of manipulative leadership.
God gave the man of God clear instructions: Go. Prophecy against Jeroboam’s altar and religion. Come right back. Do not eat or drink in the land nor go back the way you came. He went. He prophesied. He refused the king’s invitation to dine with him because of his instructions. He started home.
The old prophet wanted an audience with the man of God. Perhaps he longed for the legitimacy and influence that would come with hosting the man of God in his home. Whatever the reason, the prophet invites the man of God home and the latter resists because of his divine instructions.
The old man will not accept defeat; he appeals to his role as a prophet for legitimacy and then lies to the man of God, “an angel spoke to me by the word of the Lord, saying, ‘Bring him back with you…'” The man of God follows him home and pays for the decision with his life.
Manipulation based on position – the abuse of influence. It is unbecoming of political leaders but it is absolutely destructive when practiced by those who present themselves as servants of God. The older man manipulated in order to get what he wanted; he got it and the young man (I don’t know why but I think of him as a young man) paid for it with his life. The manipulator lured the victim into direct disobedience.
Perhaps the Apostle Paul had this passage in mind when he warned the Galatian Christians against the temptation to return to the Law for their salvation. Religious leaders had come to the church and were confusing it with false teaching. These manipulators misused the Torah for their purpose similarly to the old prophet who claimed to have received a word from an angel. Paul warns the Galatians, “But even if we or an angel from heaven should preach to you a gospel contrary to the one we preached to you, let him be accursed.”(Gal. 1:8)
The lesson for us? When a leader or voice of influence seeks to manipulate us into beliefs or practices out of alignment with Scripture, keep walking. And woe to those leaders who destroy others through manipulation for their own purposes.
In my role as a leader how intentional am I about pursuing the best interests of those whom I lead? What checks do I have in my life to guard me against manipulating others?
For more discussions on leadership, join us for our Lab sessions with enrollment in Fall and Spring. You can find more information and connect with us here. North County Project is actively developing leaders to lead for a lifetime in sharing the Gospel in truth and in deed. We’re so glad you are here, and hope you will follow our blog to continue developing your heart and soul, drawing closer to Jesus all the while.